From Dec 31, 2011 to Jan 8, 2012, I joined 4 other NTU students on a field trip to Inle Lake, Myanmar. The project was part of NTU Environmental Endeavour (EE2). NTU students interacted with local university students and imparted water testing skills to them. These students will be able to conduct water testing on Inle Lake to determine the level of pollution. Here are some photos I took as the official photographer of the field trip. Copyright belongs to EE2. 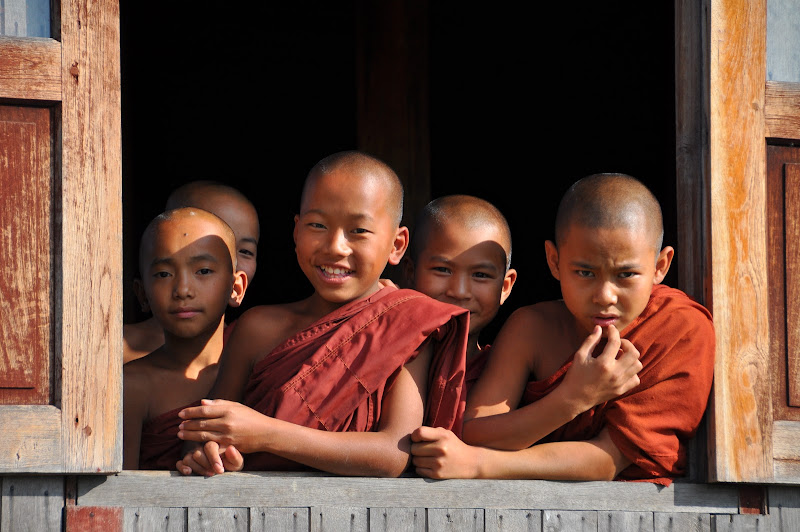 Novice monks at a temple in Inle Lake, Myanmar. 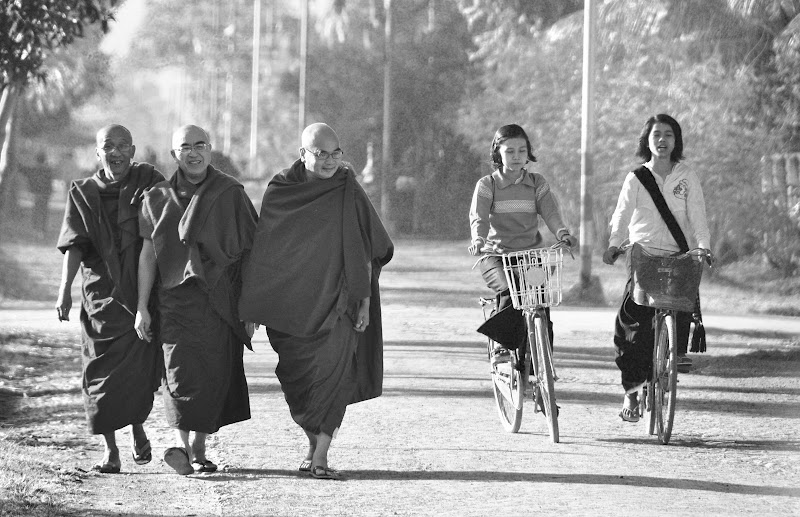 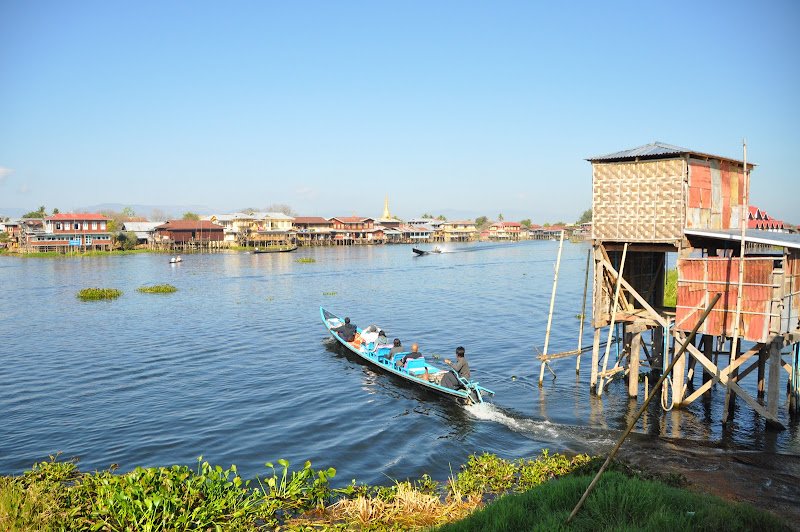 The people at Inle Lake have been living on floating villages since the 16th century. 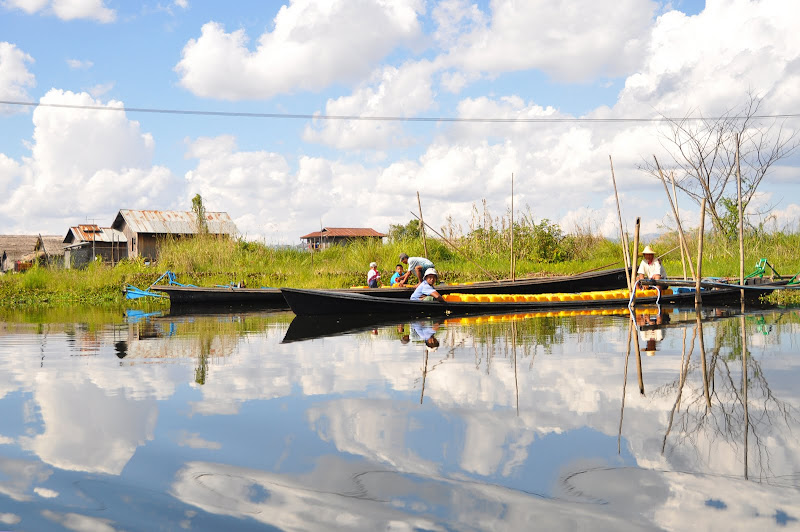 The water of Inle Lake used to be clean enough for the humans to drink directly from it. However, this practice stopped decades ago due to increased pollution within the lake. 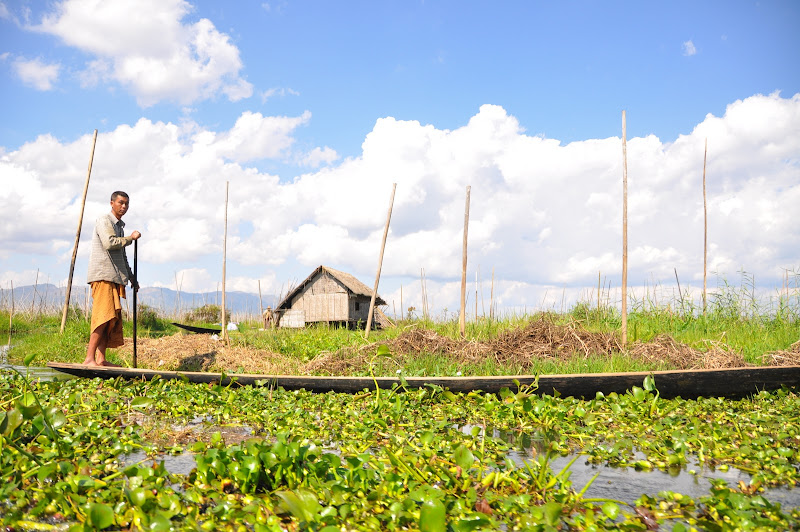 A farmer tends to his farm which is built entirely on floating islands. The people living on Inle Lake travel completely by boat. 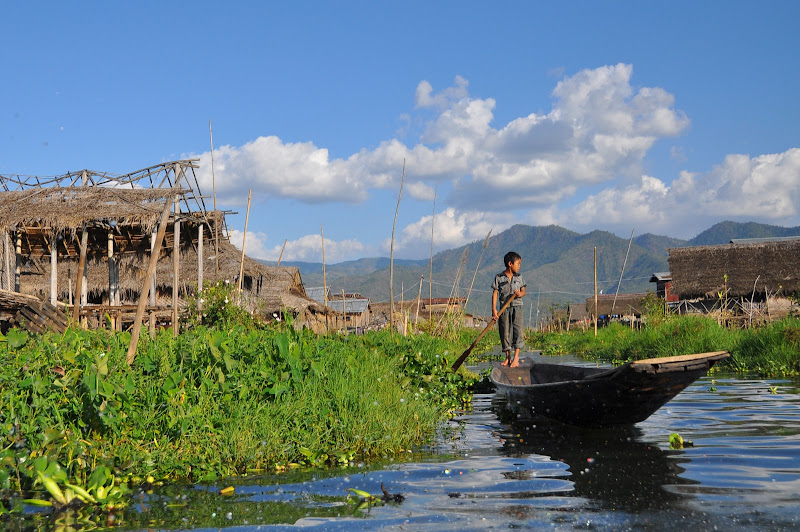 Children are free to row around on boats, visiting their relatives who live close to one another. 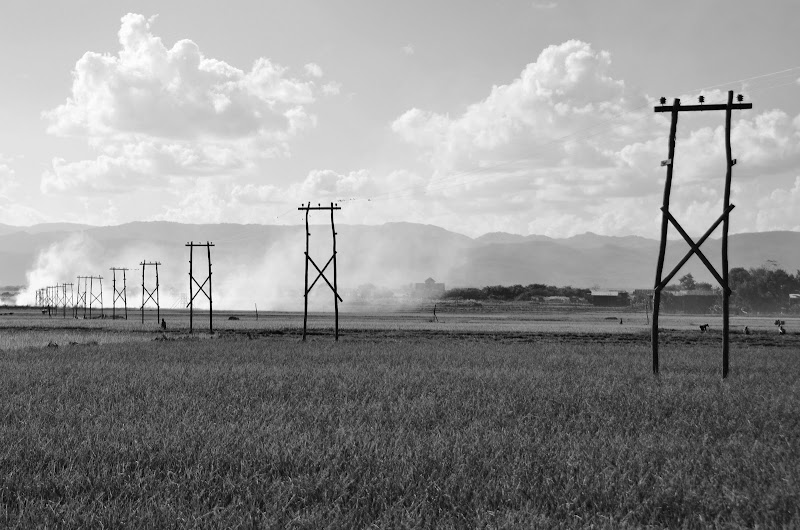 Bamboo poles are used to carry power lines to floating villages on the lake. 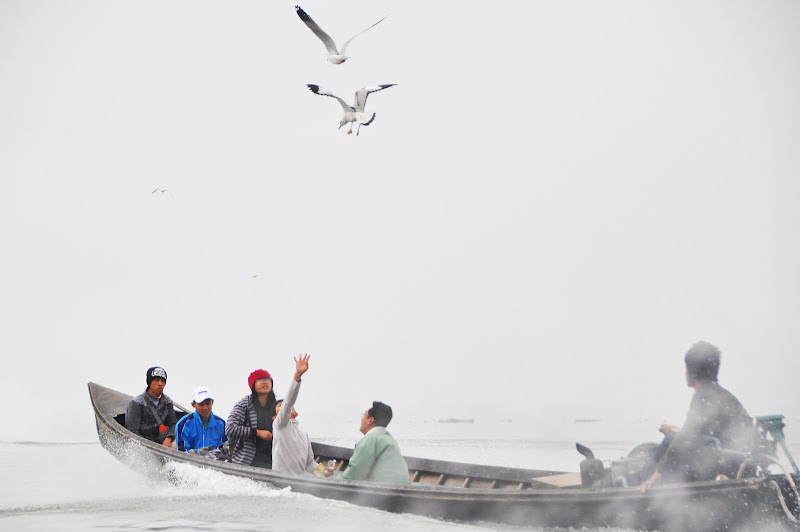 Passengers on boat feed the seagulls flying over the lake. 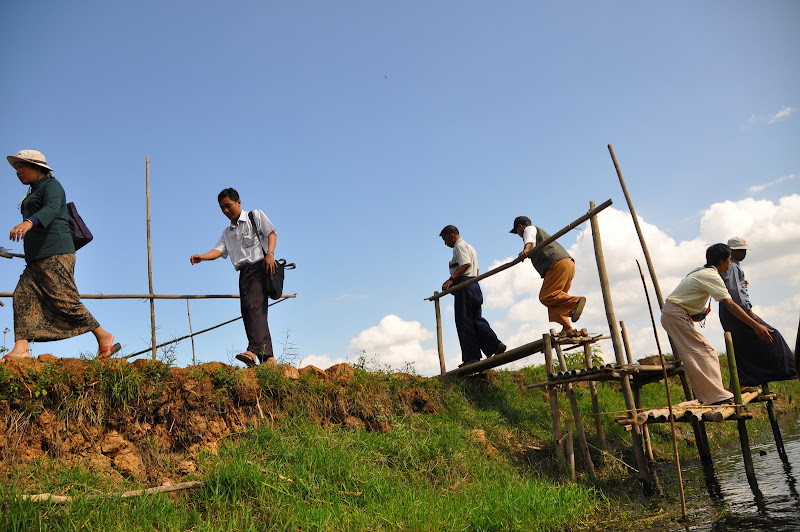 Walking along the edges of Inle Lake is very different from walking on city roads. 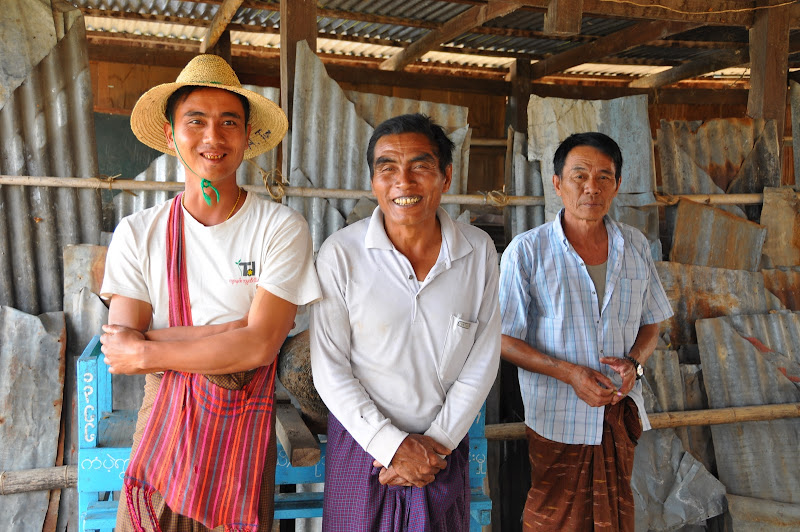 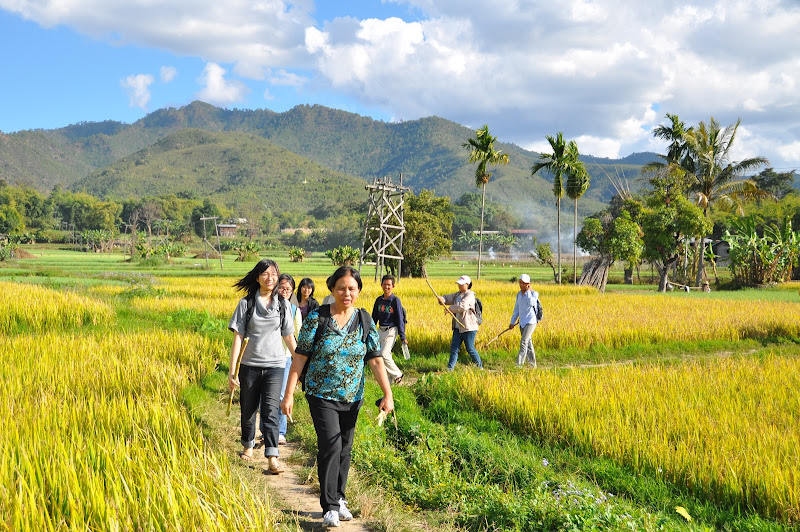 NTU and local students walking around villages inspecting the state of water access. 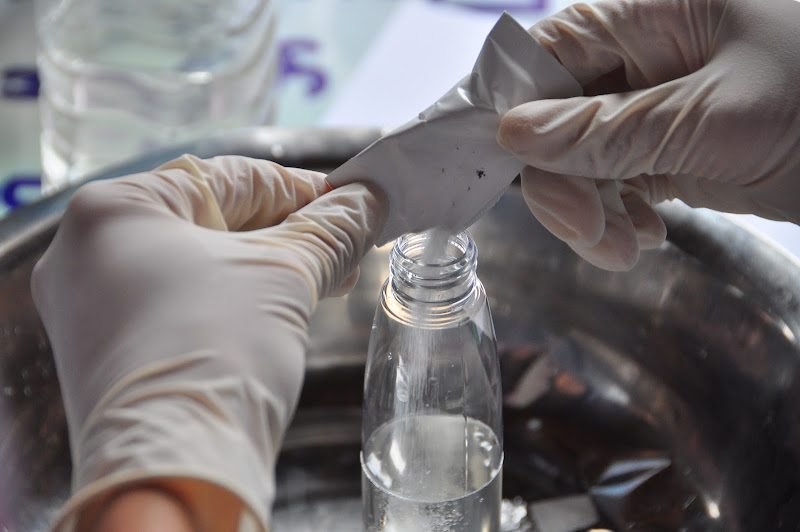 Conducting arsenic tests on the water samples from Inle Lake and the surrounding streams. 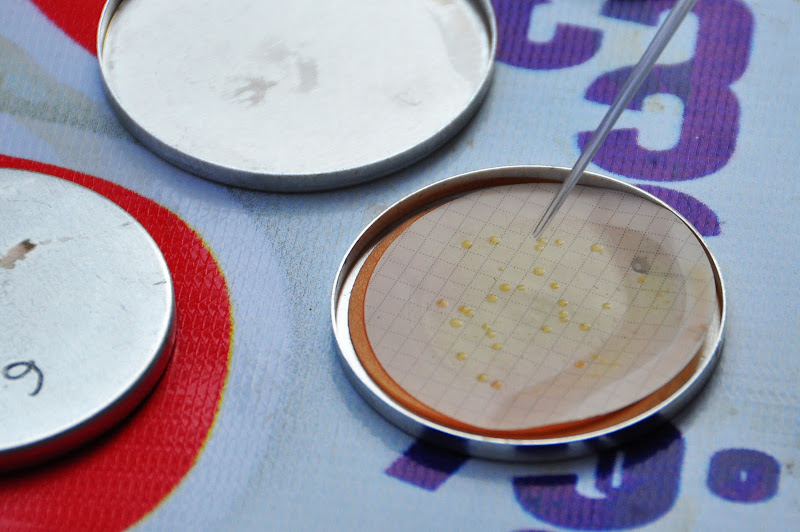 Bacteria was found in water drawn from some of the wells used by villagers. 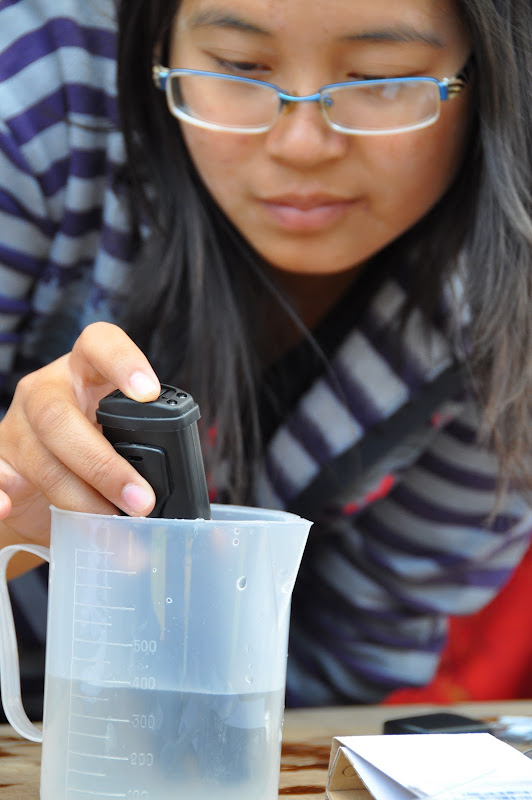 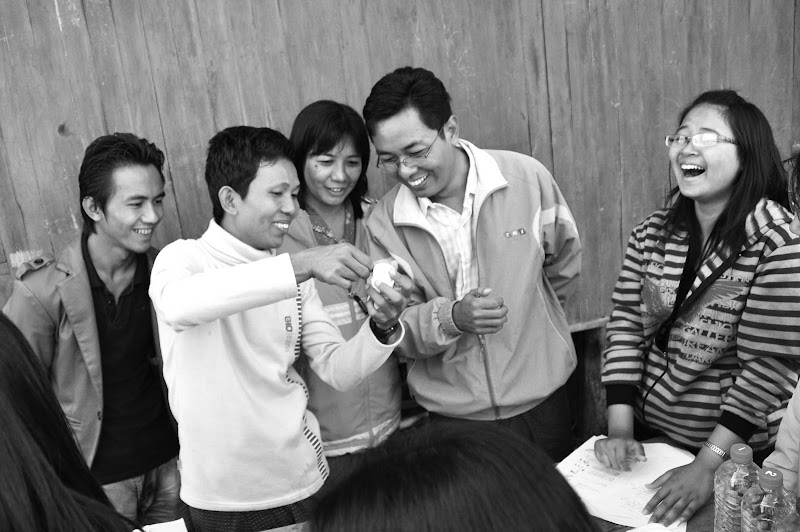 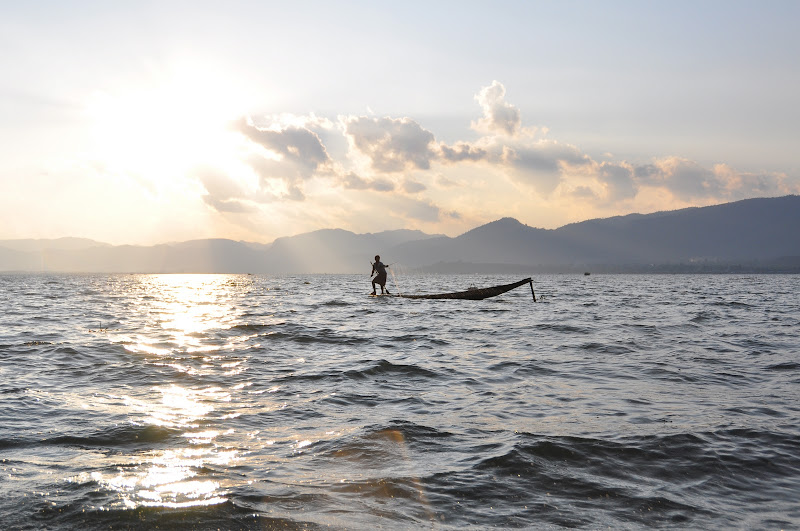 Other photos can be found on my Flickr.
Posted by JX at 8:43 AM