Win or lose, its just a match

The Singapore Sports Council, together with Reuters and Action Images - a division of Reuters Media, have lined up a series of sporting photography workshops. I signed up for the one on March 5, which was conducted by Russell Boyce, the Chief Photographer, Asia (Reuters). After 1 hr plus of introductions, we were given the chance to shoot a football match going on in Jalan Besar Stadium where two teams of teenagers were playing off against each other. Here are 2 photos of contrasting moods, the winners and losers. 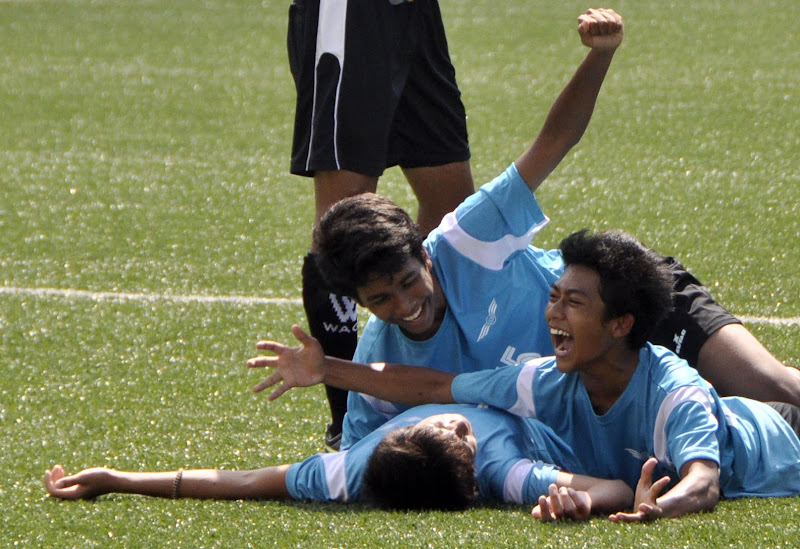 The blue team celebrates after scoring the 2nd and final goal of the match. 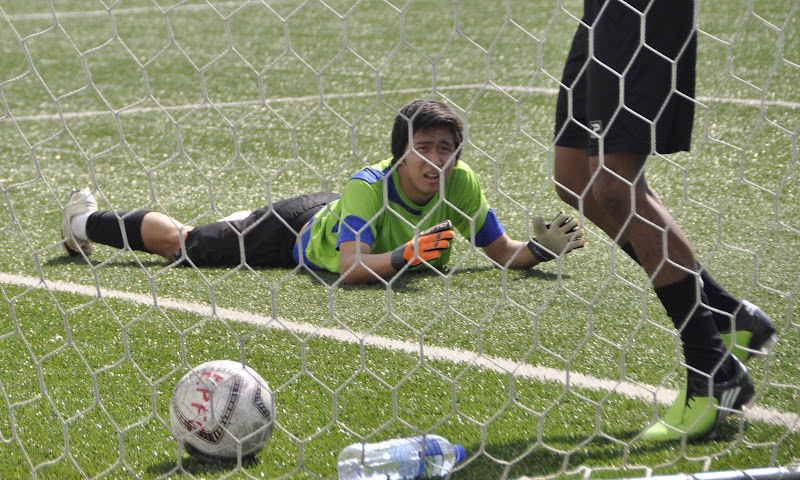 The goalkeeper of the opposing team after letting in the first goal of the match.

It was a pretty short session but I got to know more about professional photography. Russell shared with us some experiences with covering a major match, including issues such as logistics, negotiating terms and conditions, filing photos from the site to the newsroom, and automatic photography. It was a short session but pretty insightful. In addition, I got to meet many photographers out there.
Posted by JX at 9:49 AM